Our train was only lightly delayed – about 40 mins – and we set off at about 7 10 am, Sharlie on her lower side berth and me (Ed) on an upper bunk although we had to clear a lady of the seat which we felt bad about for about a minute!

The journey went pretty fast – Sharlie’s kindle keeping her occupied – while I caught up on some sleep, this time however we had a window so we could watch the scenery go by.

We almost missed out stop as we didn’t realise the time had been made up, we got off seconds before it headed off!

A short tuck tuck ride took us to our hotel we booked the day before in Agra – the Royal Aashinyana Palace Hotel – 600 rps per night, it was a big step up from the last place – we have hot water (on request) cable with movies and football and best a blanket and a quilt each so no more sleeping in our clothes – yippee!

After check in we thought we’d see a bit of the Old City and we got in a rickshaw which dropped just inside the Old City walls, he dropped us right on the outskirts as we rebuffed his offer of visiting a bizarre. We had no idea where we were in relation to any of the sights and we felt a bit disorientated, we wandered around for a little while before deciding we needed a sleep before exploring the city so headed back to the hotel, picked up a couple of the cheapest beers we’ve found so far, 75rps for large ones, had a hot shower and a nap!

We awoke feeling a lot more positive and after a quick internet session grabbed something to eat. We ate at a small place on the corner which in all honesty I was not to keen on, but the food turned out be the best and the spiciest we’d had so far – we enjoyed butter chicken with rice and butter chapattis which we know are bad for us but are delicious! The place was run by nice family and they brought their little daughter to say hello to us and gave us some really tasty but spicy pakora to try and it came to less than 300 rps for us both, it was nice end to a slightly stressful day.

After a great sleep we made it out of bed around 11am – longest lie in for ages – we felt more positive about Jaipur and decided see the sights, we found a tuck tuck driver who agreed to take us out for the day to see the major sights for 500rps which wasn’t too bad.

First stop was Iswari Minar Swarga Sal or Heaven –Piercing Minaret, the views of the city from the top were fantastic. We then headed off to the City Palace, we spent a couple of hours there wandering around the courtyards and corridors there, sometimes a bit confused because we didn’t want to pay for a guide!

Just adjacent to the Palace was our next stop, Jantar Mantar, a collection of historic astronomical devices – it was interesting and was bit Dhali-esque- just a shame some were roped off and we couldn’t climb to the tops.

From there it was a quick ride to Hawa Mahal or Palace of the Winds – see pics – there were some great views over the main bizarre.

Next stop was the Royal Gaitor which are the royal cenotaphs, the buildings are very ornate and intricately decorated and we almost had the place to ourselves, it was quite serene. Sharlie had some henna done here too, very pretty!

We then headed over to the Money Temple where, after fighting off the determined efforts of the young boys offering their services as guides to show us how to feed monkeys and protect us-which ranged from 100rps to 1500rps, we strolled up the steep hill to the top. As you can probably guess from the name, the temple is famous for its monkeys and we bought some nuts to feed them at the bottom. It was fun feeding them, the monkeys were mischievous but we hid or nuts well (!) and we also saw a baby monkey riding a pig, pig sex and lots and lots of monkey sex. The views at the top were spectacular and it was especially nice as it was coming up to sunset.

That was the final stop on our tour which was a great day out and really changed our views on the city, we must add though it was also the first day we didn’t need our fleeces and actually had to break open the suncream although lots of locals were still wrapped up in coats and hats!

We ate at the same place as last night, this time we tried Kadai chicken which was spicier than the last meal but just as nice.

Today we awoke with a new sense of confidence as our driver from yesterday was due to collect us at 11am for a tour of the local forts, 11 o clock came and went with no sign of driver before the tuck tuck driver who we weren’t too pleased with from the first day presented his phone to us with our driver on the other end saying he can’t come and to go with his mate – no chance.

Although he offered a good price of 600 rps as the Amber Fort is quite some way out the city, we didn’t really trust him after his antics so found someone else who offered the same price.

The scale of the Amber Fort and it’s surroundings are hard to imagine, hopefully the pics will do it some justice, the views across the valleys are spectacular offering views of the ornamental gardens and other mountainous regions of Rajasthan.

One of the best things that happened there was we were asked by an Indian family if they could take our picture with their sons (Sharlie was a bit peeved as several people had asked to have their pics taken with me!) we agreed and they posed with us the asked for our autographs! Fantastic! We are famous! I think the whiter you are the more famous you are so Rebecca get your white ass over here!

The Fort itself is a series of courtyards, corridors and various other buildings which were good fun to get lost in, which we did several times. It was another glorious sunny day and the sunblock was in full effect (yay!) and we spent a couple of hours there. We had arranged in our negotiations to also go to another 2 forts ,Nahargarh and Jaigarh, but we sailed past Jaigarh before our driver announced that it was another 15kms in the rickshaw or an 8 km walk to Nahargarh, we don’t think he was too keen on going there as we’re pretty sure he was high on something he’d been smoking while he was waiting for us, so rather annoyingly we headed back to the hotel where he then told us we should go to Nahargarh later to see the sunset – the cheek! Anyways we put it down to experience and feeling a bit broke (or rather ripped off) we retreated to our hotel for Kingfishers and nibbles in the sun.

We’ll probably eat at the same place again tonight as we’re too impressed with the food at our hotel, the vegetable biryani we had tasted like a Uncle Ben’s boil in the bag special!

A note on the beer front, each region has the same beer, Kingfisher, but different strengths and prcies, at the moment we’re drinking Strong – which is 8%, we had in same Delhi which was around 6%, not complaining though as it’s cheap!

We’ve been in India a week now we’re starting to love it and are really excited about what the next 5 weeks will bring, although we’ve only been to 3 places we’re looking forward to settling down for a week or two as despite being on or hols, we’re feeling a bit knackered.com.

We head to Jodhpur tomorrow, hopefully the weather will stay hot and sunny although not too hot as we have a 6 hour train journey to look forward to, usually on a holiday it takes me (Sharlie) a week or so to relax but although it’s stressful, I haven’t thought about work once, being in India again reminds me of why I fell in love it the first time and I’m thinking “is 6 weeks enough?” – (it is – Ed). 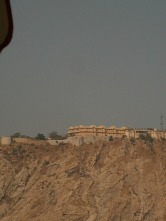 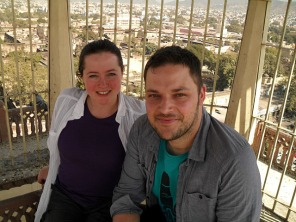 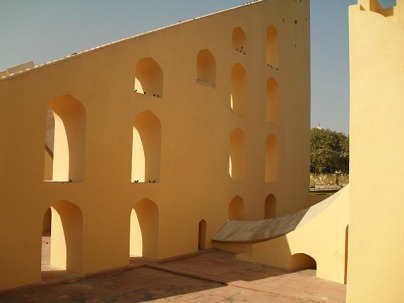 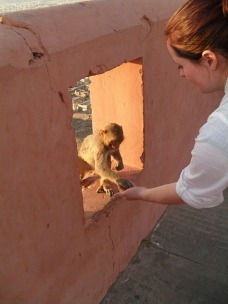